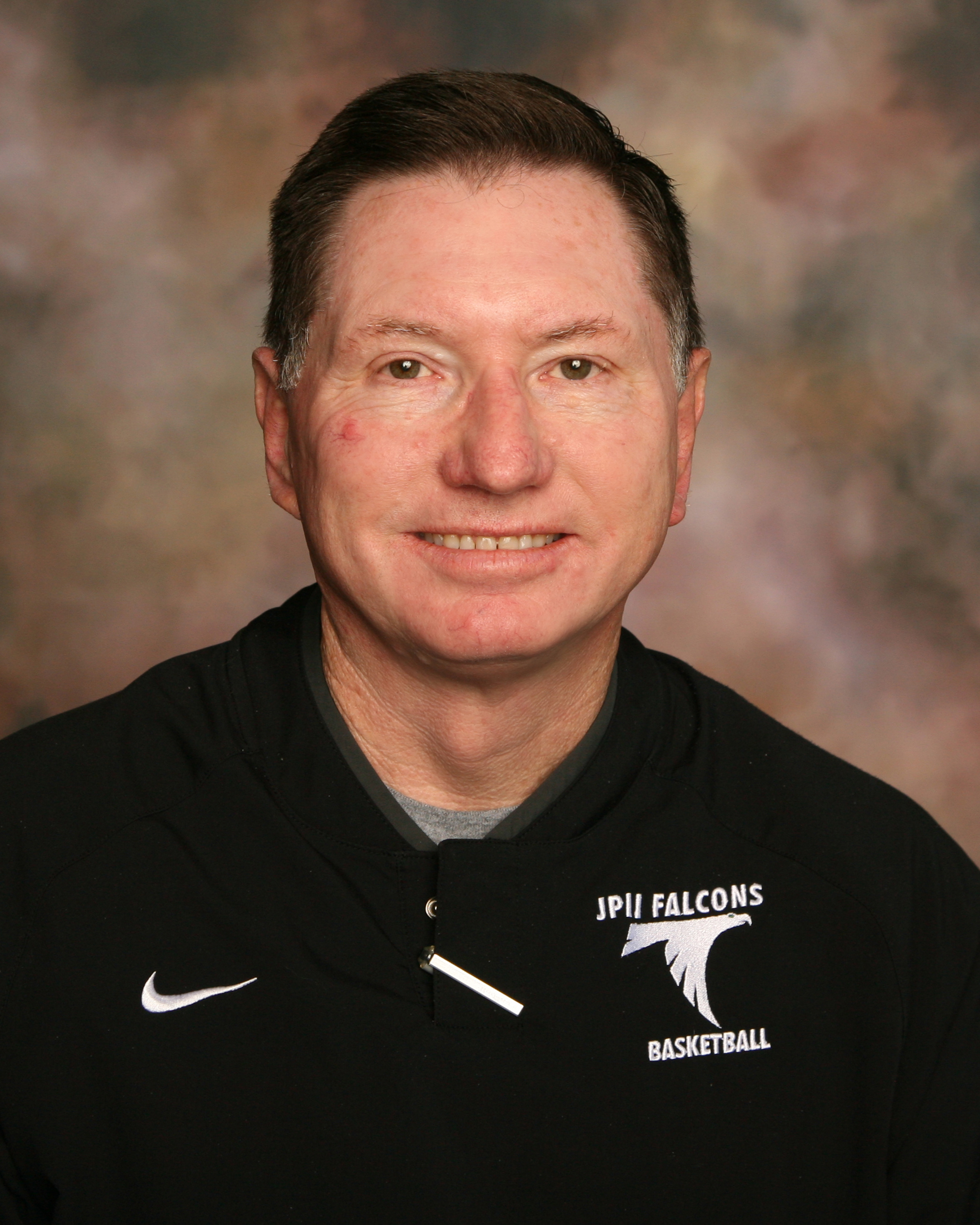 Coach Allen has enjoyed a very successful career in education. He is beginning his 35th year as a teacher and coach, with this being his 5th year as the head basketball coach at JPII. Allen has had the privilege of working with many outstanding young men during his tenure here.  Coach Allen worked in the Decatur City Schools system for 25 years. He coached basketball and football at Oak Park Middle School for 8 years. Throughout his coaching career, Coach Allen has had the privilege to work with many outstanding players and fellow coaches. This has been one of the keys to his success. Allen has had 4 players nominated for state Player of the Year in their classification.  While Allen’s career has brought many rewards and professional accomplishments, his primary focus is his family. He has been blessed to have been married to the former Roslyn Parker for 33 years.  The Allen’s’ have two outstanding sons, Stuart Parker and John Hunter.