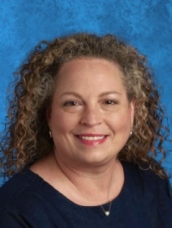 Mrs. Adams graduated from Louisiana Tech University with a  B. A. in both history and theatre.  She  earned her Master of Fine Arts degree in theatre from the University of Alabama.  After working professionally for two years, she decided she wanted to teach.  She worked for five years at Southern Union State Community College as the full-time Director of Theatre. She began teaching at St. John Paul II Catholic High School in 2005. She currently serves on the Board of Directors for the Alabama Thespian Festival as Festival Director. The JPII Drama program is under the direction of Mrs. Adams.