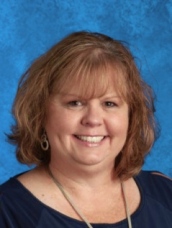 Mrs. Wieter joined the JPII staff as Executive Secretary to the Principal in 2016 responsible for direct administrative support to the Principal and Asst. Principal. In October 2017, she was named Director of Strategic Communications. She and her family relocated to Huntsville with the 1997 Base Realignment and Closure. Her career in education began with Huntsville City Schools, initially working for the Superintendent's Office and then as School Secretary at Williams Elementary and Technology Middle School and Columbia High School. While in St. Louis, Mrs. Wieter worked for FleishmanHillard (a public relations firm) supporting several client accounts, including AT&T, Space X, and ConAgra Brands (Healthy Choice).